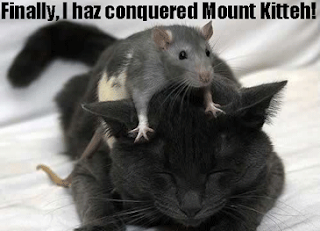 Like most writers, when I was searching for an agent, I devoured every agency's website, I googled until my fingers yelled at me, and I endlessly scoured the writing boards and forums for the skinny on agents until my head throbbed. Why? Because that's what we have to do in order to land an agent.
I still have subscriptions from the forums, which alert me via email when someone posts on certain agency's threads---the ones that I was waiting for feedback from. A while back, I received an alert from one of those threads, because a new post had come through. The poster, a writer of course, was down and out because she'd received a call from this agency a couple months back. The agent she spoke with was very excited about her writing and told her she'd hear back from her right after Bologna, which sadly she never did, even after sending a few gentle email nudges she's gotten no response. Even though this post has nothing to do with me, my heart sank when I read it, because I've certainly been in her shoes. When you want something so badly, the waiting turns from nagging to all consuming. Even with family, friends, jobs, it's hard to think about little else.
Well...I have hope.
Some of you know, Craig Virden, Nancy Gallt's husband was my original agent. He was a wonderful man and a powerhouse in the publishing industry and it was a great loss to everyone when he passed away last year. Well, Craig was the agent I desperately wanted. You know what I mean...THE agent--the one. He'd had my requested full for what seemed like forever and a day (or about 6 months), I'd sent a couple email nudges hoping for an update, but with no response. Then finally a letter from the Nancy Gallt Agency arrived at my home. I nervously opened it, my heart beating like a rabbit's. What did a find? A rejection from Craig. Mind you, the nicest, most personal, genuine rejection anyone could ever get, but a rejection all the same. So there it was. What did I do? I immediately starting writing. He told me to send him whatever I had "moldering" in my desk that he might like. So I picked up the pace on a manuscript I'd been working on, finishing it about a month after his rejection--right after the 2009 Bologna, where he happened to be.
That's when I got the call. It was Tuesday. Just after returning from Bologna, Craig called me out of the blue. He'd changed his mind. He couldn't stop thinking about NIGHTSHADE CITY and wanted to represent me. He said he didn't care about the market and that my book needed to be published. The rest you know.
So, please, to this writer and to everyone else who's struggling to get published, keep having hope, even if you're down to your last agent or have subbed your third manuscript with no bites--keep having hope. Strange and wonderful things happen every day. Trust in whatever it is that forces you to be a writer. There is a reason why you're here.
xoxo -- Hilary
Posted by Hilary Wagner at Tuesday, July 05, 2011